Recently, my husband and I took our first cruise on P&O, a week-long cruise to the Norwegian Fjords on Azura. In the lead-up to the cruise, a number of my British friends expressed a bit of surprise that a couple of Americans had decided to take a cruise on P&O. What, I wondered, had we gotten ourselves into?

So, did we survive the “ordeal”?

As it turned out – I felt that, by the end of the cruise, I’d found a hidden gem. And to be totally honest, I’m not sure I want to share it with too many other Americans! (To be fair, the summer of 2018 isn’t exactly a time in history I want to be surrounded by other Americans, but that’s a story for another blog post. Or maybe not – the reason we all go on cruises is to get away from nasty things like current events and global politics). 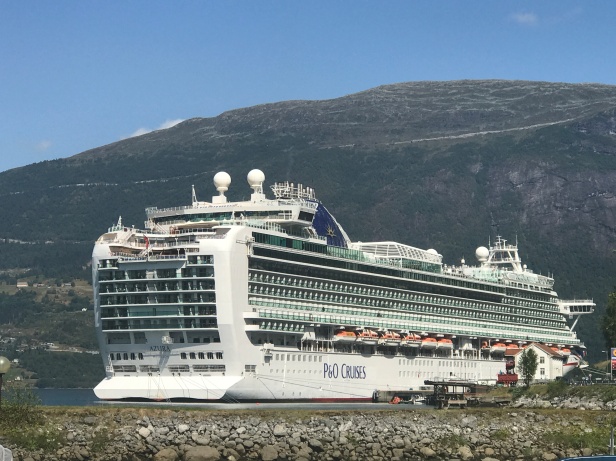 How different was P&O?

At one point, my husband suggested that our P&O cruise experience was about 85% similar to our other cruises, and I’d have to say that I agree with him.

Here are a few of the differences we noticed: 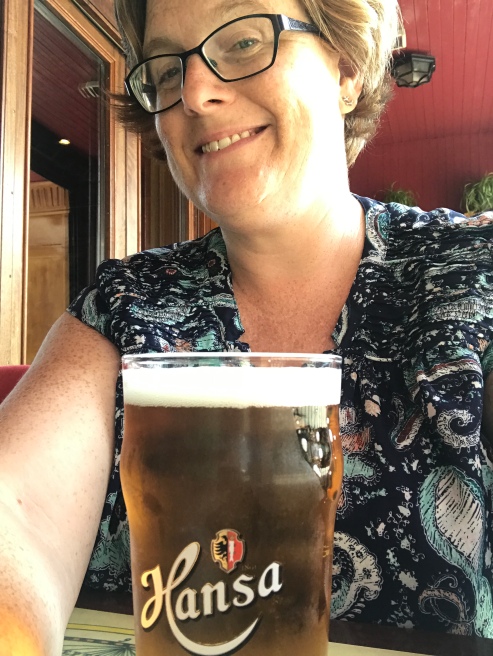 What about ‘getting’ the cultural references?

The British culture is strong on P&O, and admittedly, we did feel a little bit like outsiders at times. We weren’t hiding behind pillars during the Great British Sail Away, exactly, but we did tend to stay in the background, and a lot of the comedian’s jokes and impressions went over our heads because we didn’t get the cultural references. I wouldn’t call this a deal breaker by any means, though, and I was very pleased that my American husband’s somewhat off-color jokes were very well-received by our British table mates at dinner, among others!

Will we cruise P&O again?

We’ll definitely be back on P&O in the future – we loved the Fjords, and can’t wait to return, and we love coming to the UK and cruising out of Southampton.

I’d definitely recommend P&O to other Americans, especially if they’ve traveled to the UK before (or watched a lot of British TVs and movies like I have!). It’s a little tricky to book P&O Cruises from the States – as of now there’s just one travel agency licensed to do so, but as I’m a Travel Agent myself, I’m looking into how I might be able to book P&O cruises for myself and others.

P&O Azura didn’t have the bells and whistles of a mainline, big American cruise ship, but that’s just fine with me – I’m in it for the cruising itself, not the boardwalk entertainment. P&O’s next new ship, Iona, looks gorgeous and I’m excited to travel on P&O in the future! 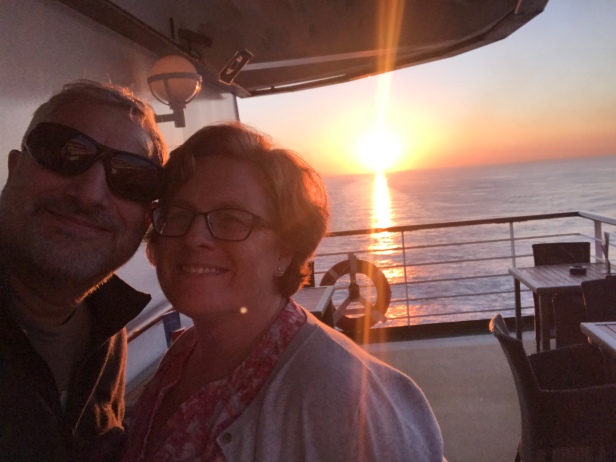 Thank you Jessalynn! We have cruised for years as Brits on American cruise ships so it’s refreshing and quite amusing to look at it from the opposite standpoint! And good to confirm that P&O are getting it right. Hope to see you on P&O Iona!   Sandra and Chris (BritsOnAShip)

Jessalynn Strauss is a university professor from North Carolina and has her own blog and travel agency: Nerdy Traveler.  We cruised with her on the Norwegian Bliss Inaugural Transatlantic in April 2018 and discovered a shared love of craft beer and good, loud country music (although only Jessalynn line danced!)

2 thoughts on “Guest Post: An American on P&O Cruises (well, actually, two of us!)”